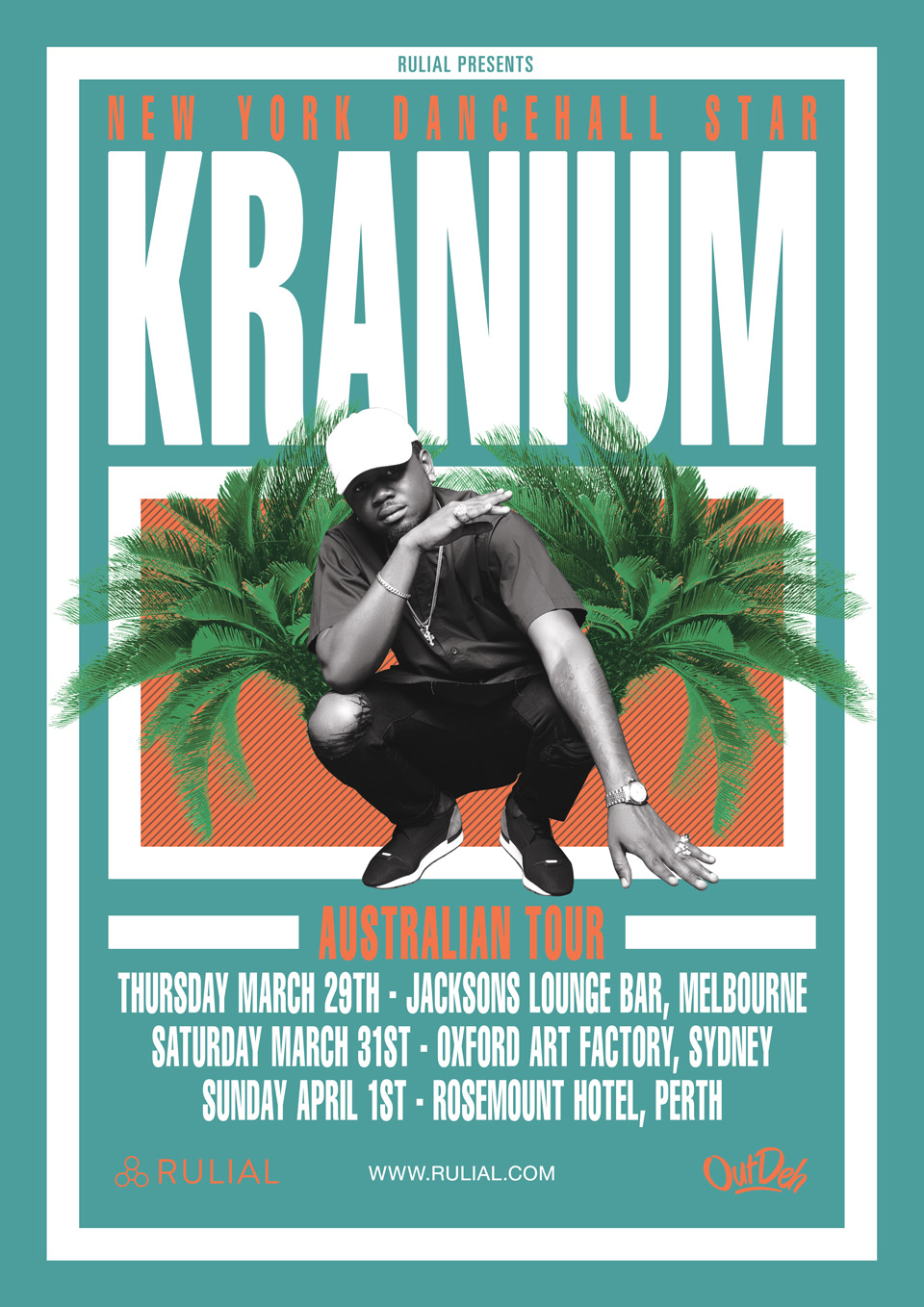 For the first time since those glory days, New York has its own Dancehall star, a 24-year-old from Jamaica; Queens named Kemar, better known as Kranium.

Born in Montego Bay, Jamaica, Kemar Donaldson emigrated to Florida at age 12. There he spent time with his uncle, a former dancehall star known as Screwdriver who recorded a string of catchily controversial Jamaican hits during the 1980s and took the youth under his wing. “My uncle told me ‘You can sing, but you have some problems.’” Kranium recalls. “I used to go there every weekend, and this man taught me everything. I learned about breath control. I watched him play piano, guitar, saxophone, and flute.”

After graduating from Screwdriver’s music academy, Kemar relocated to Queens, New York where he gravitated to the reggae scene that was thriving amongst the large Caribbean population in New York City’s outer boroughs. That’s where he recorded his breakout hit “Nobody Has to Know.”

In a very short time Kranium has established himself as one of the hottest international dancehall artists with hits like “Nobody Has to Know,” “Lifestyle,” and “History.” Everything started for Kranium in the house parties and nightclubs around his area in Jamaica, Queens and the overall NY dancehall culture. He started to record in New York around 2008, earning the name Kranium for his ability to record songs “straight off the head” with no pen or paper. “I knew every single DJ that was playing out every night, and I would never stop giving them new songs,” Kranium says. “Every summer in Queens I had a hot song.” In 2013 he joined the Frequent Flyers label and management team and his music began to make waves internationally.