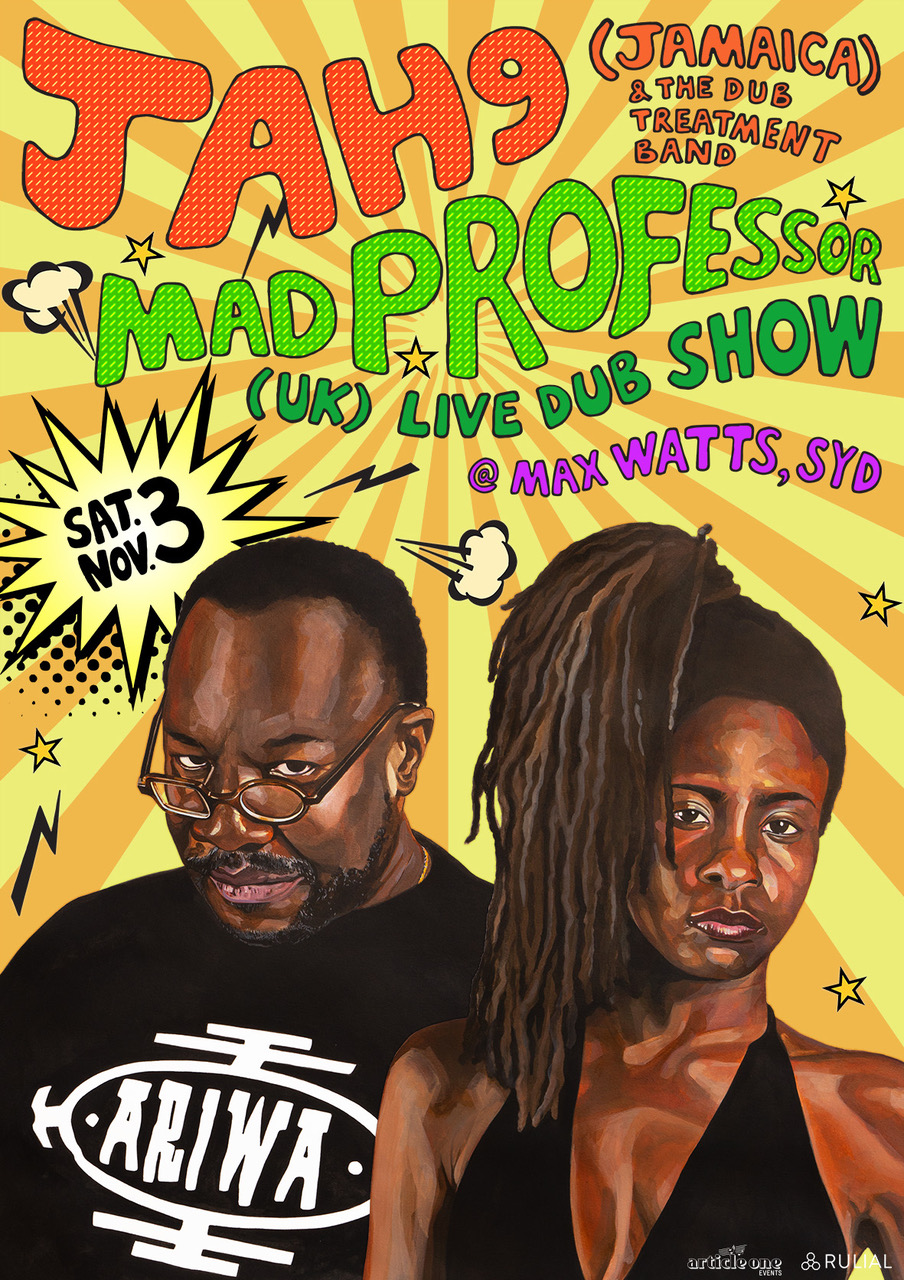 JAH9 & THE DUB TREATMENT BAND
Inspired by the rich history of Jamaican music, Kingston’s underground poetry scene, the vocal stylings of Nina Simone and the teachings of Rastafari, Jah9 has established herself as a formidable lyricist and revolutionary force in modern roots reggae.

One of the most prolific female Jamaican artists today, she has performed at most major European and US reggae festivals with her band ‘The Dub Treatment’, and her show has been described as “Jazz on Dub” and “possessing a chilling yet bewitching vibrato evoking a young Ella Fitzgerald and a rootsy coolness à la Erykah Badu”.

Witness this inspiring artist for the first time live in Sydney, bringing authenticity, spirituality and positivity as she performs her hit singles ‘Steamers A Bubble’, ‘Avocado’, ‘Humble Mi’, ‘Feel Good’ and many more!

MAD PROFESSOR
An iconic veteran of the UK reggae scene, Neil Fraser has released hundreds of original recordings and has collaborated with a vast range of legendary artists, from Sade to Jamiroquai, Depeche Mode and Katchafire.

His Massive Attack remix album ‘No Protection’ became the most prolific release during the mid 1990’s revival of dub music.

His ‘Ariwa’ label contributed heavily to the rise of UK lover’s rock and was instrumental in furthering the careers of many British and Jamaican artists (Macka B etc).

Let the Mad Professor take you on a dubbed out journey through space and time … in fine style!