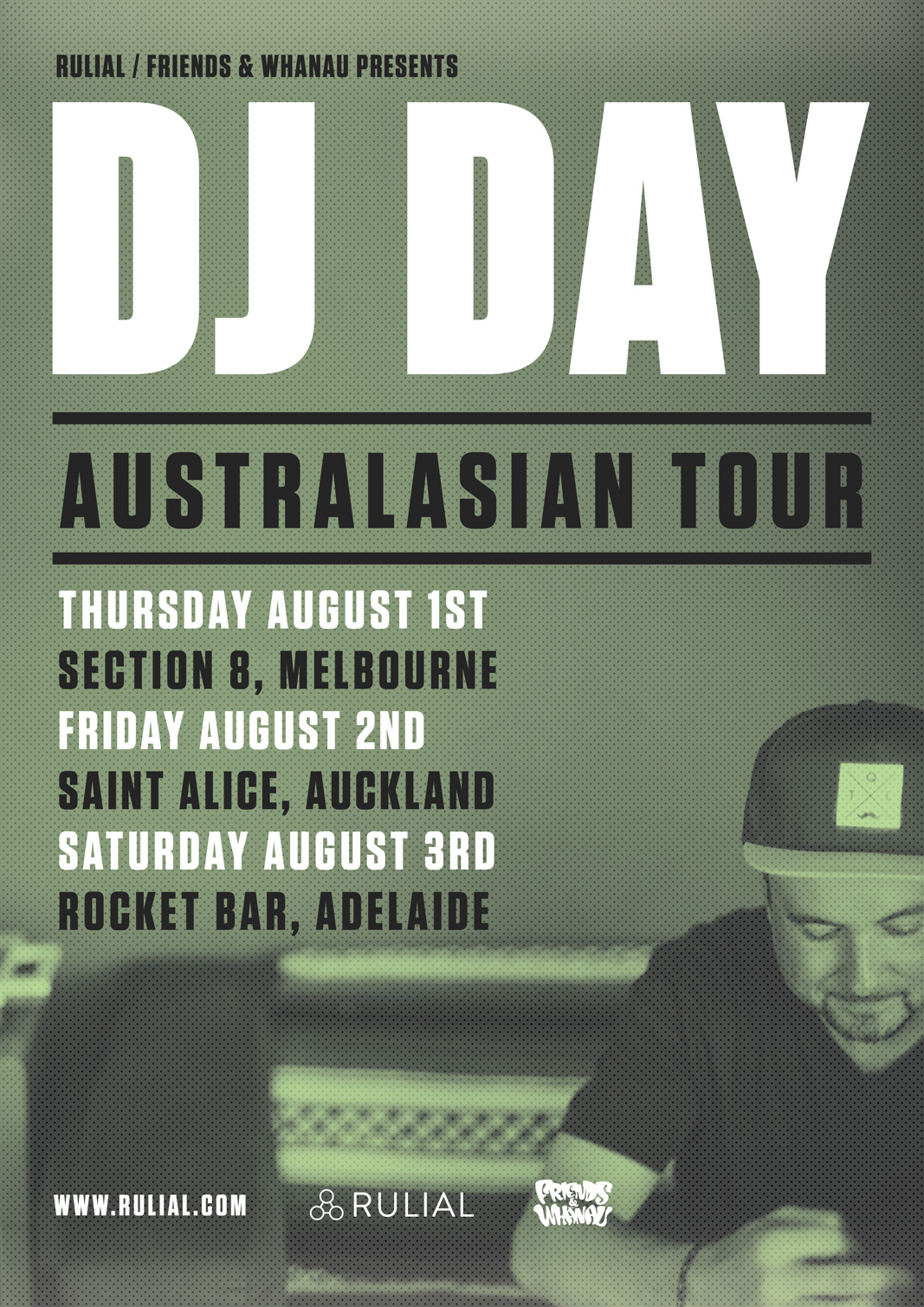 DJ Day (Damien Beebe) is a DJ, producer and musician hailing from Palm Springs, California. With an illustrious career spanning two decades, he was recently named “Palm Spring’s Finest” and for good reason: His contributions to the various avant-garde music scenes in Southern California run deep. From the historic Root Down parties of Los Angeles to the infamous Do-Over, Day has garnered respect from peers and fans alike for his eclectic, well-executed DJ sets and diverse taste in music. His debut album, The Day Before rose to the top of numerous notable playlists including those of Gilles Peterson(BBC), Jeremy Sole (KCRW) and Philly’s Cosmo Baker.

Not content being defined by one craft, he gracefully transitions between being a DJ / turntablist, musician and beat maker; a talent best exemplified by his ambitious release Land Of 1000 Chances. He has toured the world many times over as a solo artist and with fellow musicians Aloe Blacc, Exile and People Under the Stairs. Amongst numerous accolades, he was nominated for Song of the Year awards both by the BBC and The Village Voice and his music has been licensed for commercials by DC Shoes, Red Bull Music Academy, Rane / Serato, and numerous full length feature films. Day recently returned from ThePlaylist Retreat, an annual, invitation only event at the home of DJ Jazzy Jeff to start work on his next album.

Currently, Day is working with Thes One on the management and expansion of the artist collective Piecelock 70 and holds a residency at the renowned Ace Hotel in Palm Springs.