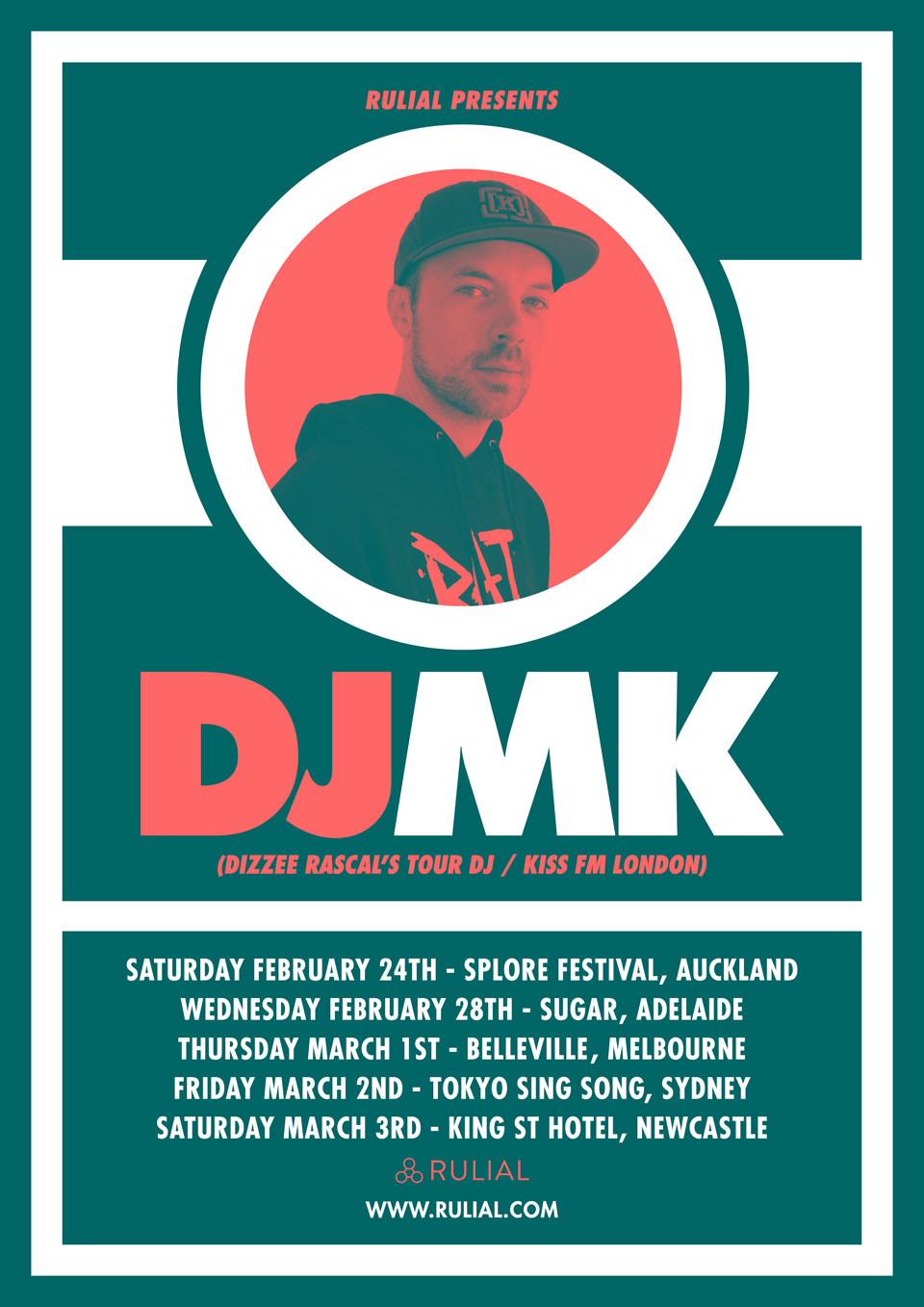 DJ MK is one of the UK’s leading and most respected Hip Hop deejays. He has been a favourite on the club scene for the last 15 years, displaying his turntable dexterity up and down the UK and throughout Europe, Australia and the United States. What sets DJ MK apart from many of his peers is his ability to rock a crowd, be it club sets or high-profile festival performances or larger-than-life stadium shows alongside Dizzee Rascal or Roots Manuva. Every weekend finds him in a different part of the world and is UK’s most international specialist DJ’s, spinning regularly in Europe, Asia, Australia, Middle East and USA.

DJ MK was the first UK DJ to release regular, well-packaged Hip Hop mixtapes at a time when no other DJ was doing so. These mix tapes earned him his props and a slot on the Radio 1 Rap Show with Tim Westwood in 1995. These mixtapes influenced the next generation of UK Dj’s and for the next 10 years DJ MK mixtapes would be sold, traded, duplicated, all over the world from Japan to South Africa. DJ MK held down one of the most popular Radio shows on London based Hip Hop station Itch FM for 4 years before being headhunted by Kiss FM.

He joined the station in May 2004 and 13 years later still continues to provide the very best in new Hip Hop from the U.S. & UK every Wednesday night on Kiss’s Hip Hop Show for which he earned a Sony Radio Award nomination. The show is one of the most listened to Hip Hop shows in Europe, and has attracted a whose who of Hip Hop royality such as Outkast, Rick Ross, Kendrick Lamar, Nas, Schoolboy Q, RZA, DJ Premier and Russell Simmons.