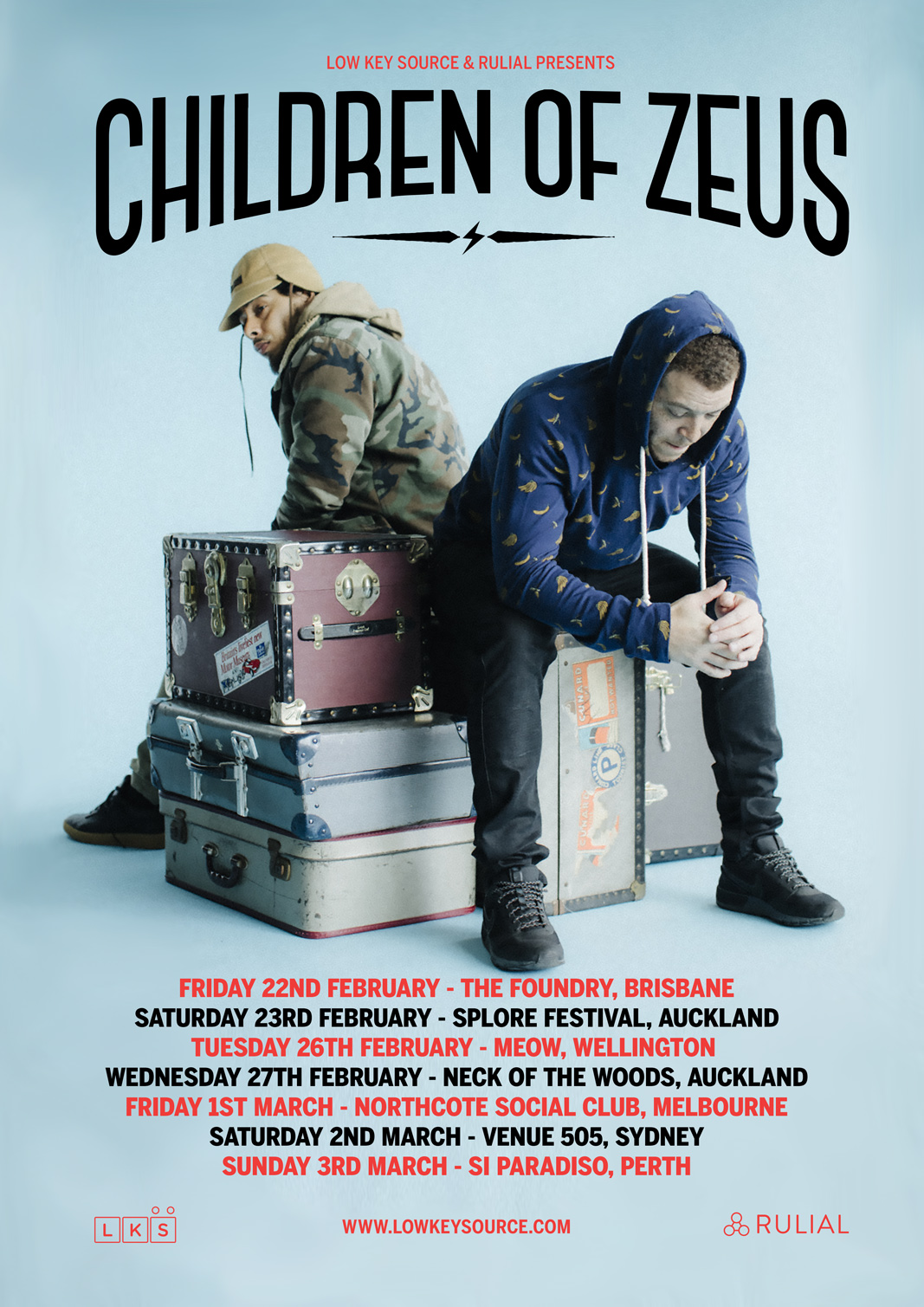 After the success of their debut single, Children of Zeus followed up with their 2017 EP entitled ‘The Story So Far…” demonstrating COZ’s exceptional artistry – a promising sign of what was to come from the duo. Their highly anticipated 2018 debut album ‘Travel Light’ released through First Word Records and Low Key Source had tastemakers from all corners of the globe applauding Konny Kon and Tyler Daley’s quality production. Effortlessly oozing boom bap neo soul sensibilities and vocal arrangements distinctly COZ, the duo kept their eclectic electronic influences in measured doses producing a sound distinctly their own.